It’s that time of year again. Everyone’s putting out their year-in-review pieces and 2021 outlooks. For me, 2021 re-enforced some of the most prevalent time-tested principles of investing. Three in particular stand out. First, having a long time horizon is essential to most investors’ success. I spoke with someone recently (we’ll call him Jack) who tried to get out of the market in late March but couldn’t. Imagine if Jack would have gotten out at the end of March when his portfolio was at its trough value. Would Jack even be back in the market right now? Or would he have completely missed out on the monumental rally in stocks that occurred subsequently? My experience is that people like Jack would still not have reinvested.  Actions like this are devastating to long-term wealth creation. 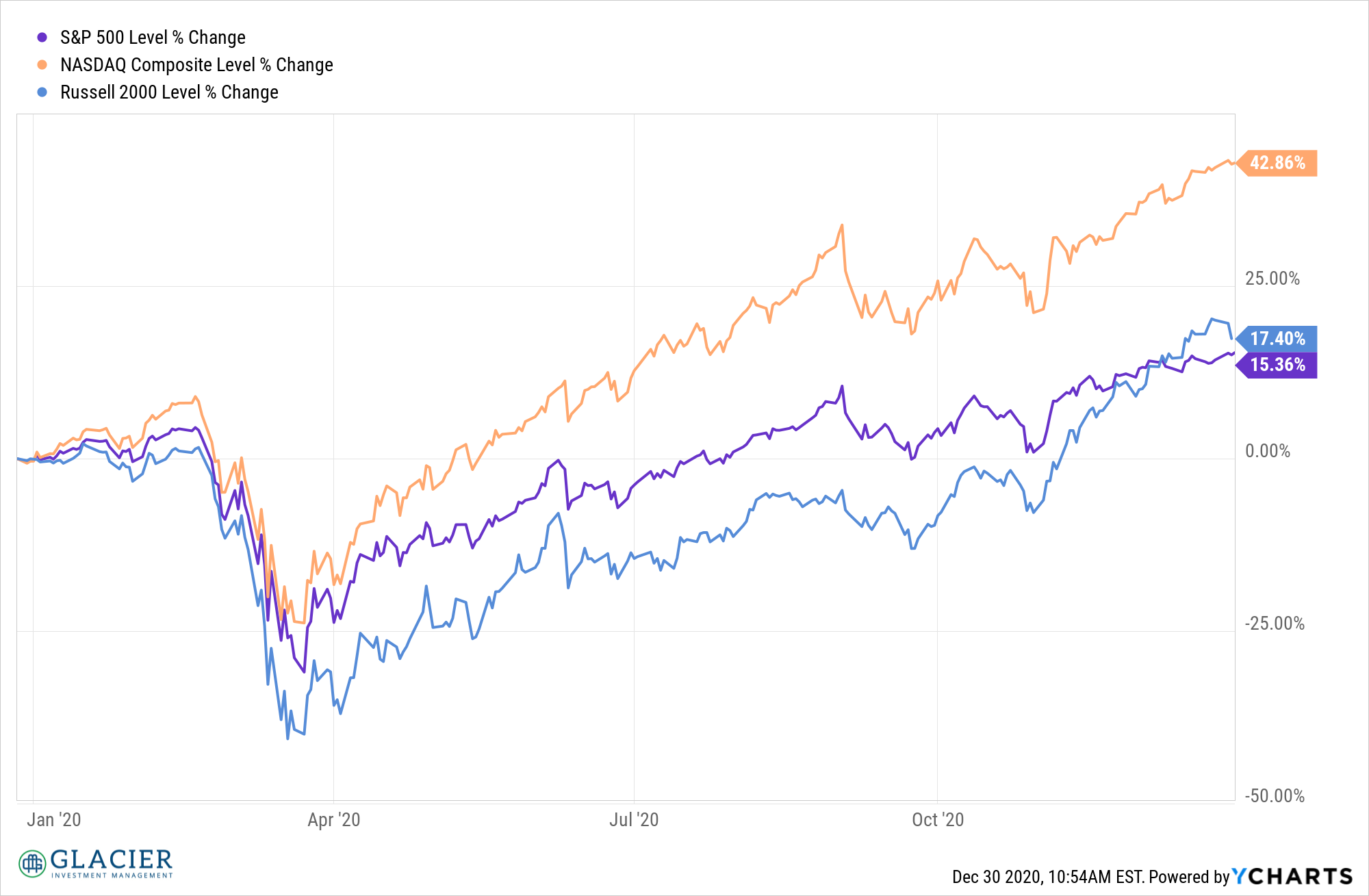 Second, market timing is probably the hardest thing to do in investing. I spoke with another person (we’ll call her Annie) who pulled everything out of the markets before the election this year because she didn’t want to have another massive drawdown. She figured the election would be just as dramatic as COVID. Annie successfully pulled her money out and still hasn’t reinvested it. Since the day after the election, the S&P 500 is up over 8.5%, the NASDAQ is up over 11% and Russell 2000 is up over 21%! Those are large gains in a short period of time that nobody can afford to miss out on because they don’t happen all that often. Admittedly, this experience is an emotional response coupled with an attempt to time the market. It still amazes me how people think they can just pull their money out arbitrarily and think they will be better off in the long run. 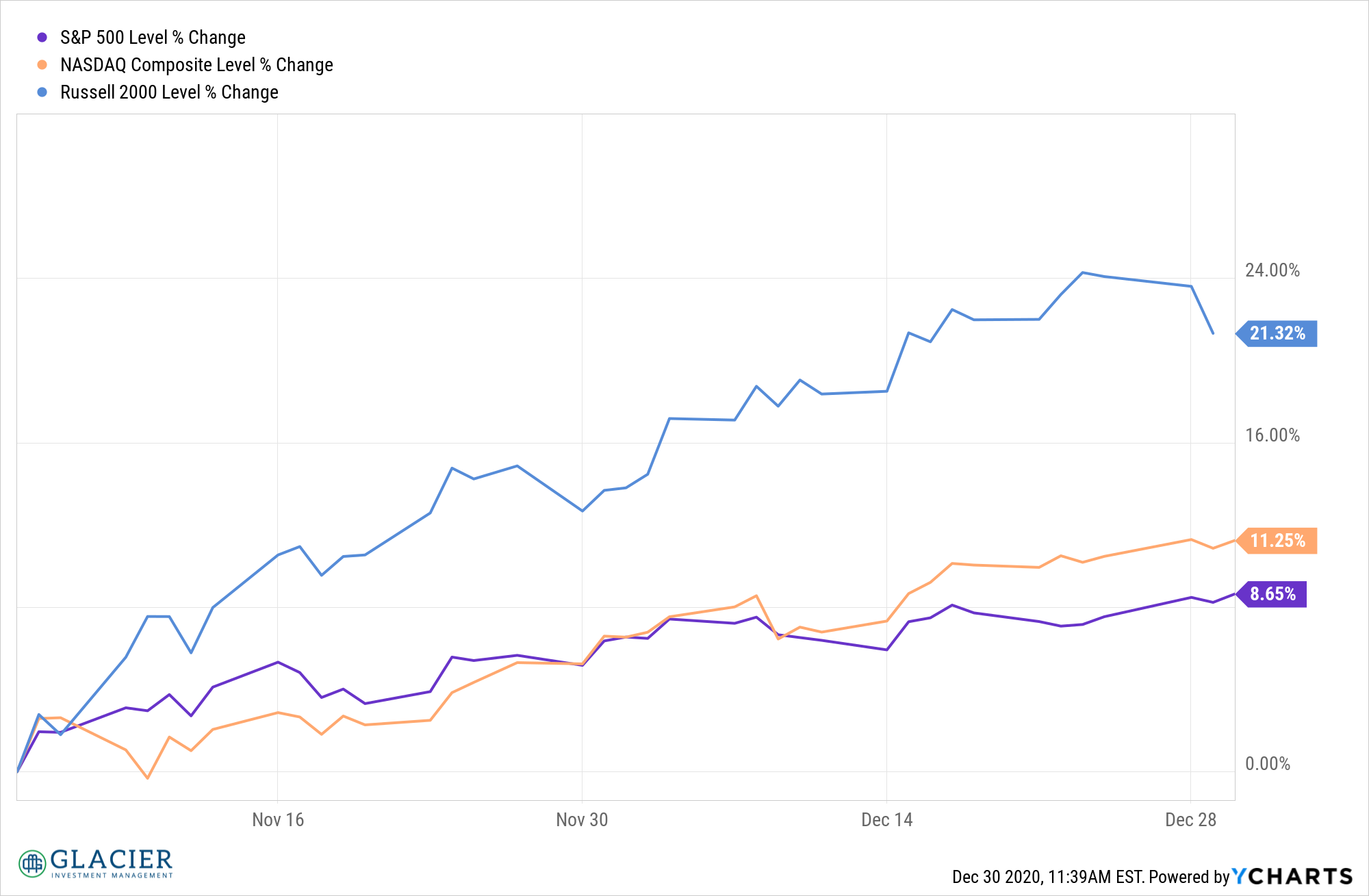 Third, diversification is among the easiest and most important things to do in investing. Referencing the chart above, who would have predicted small cap stocks would have outperformed by such a large margin over the past two months? The reflation trade has been a popular theme for the latter half of 2020, but small caps didn’t really start to make a move in earnest until the fourth quarter. Attempting to predict when an asset class or a sector will stop chronically underperforming is nigh impossible. Think of everyone who has been trying to call the bottom in energy. A diversified portfolio with broad exposure to asset classes and sectors is how to best participate in market gains, and losses for that matter.

My takeaway from 2020 (and every year) is stick with time tested and proven investment principles. My main thought for 2021 is something other than what everyone is predicting to occur will happen. I don’t know what that is but maybe the stock market is flat to down and the yield curve flattens. That would surprise a lot of people. Regardless, having a good plan in place and sticking with sound investment principles is still the best approach.